In the previous article, I said that what determines a true macro photo is a 1:1 magnification. Of course, this situation is only the definition of the work. In practice, the way to produce impressive photos is not about definitions.

In this article, we will examine a true macro lens by talking about some definitions and some important features.

A macro lens differs from the others with some technical features that need to be taken into consideration.

Some say that the amount of magnification in the definition needs to be stretched a little. That’s what I think. Until recently, macro lenses were generally offered with a magnification of 0.5X, and there are still a lot of models that have printed their name on our memories and that people still pursue. When I say the true macro lens, I will also include 0.5X.

This expression, which can be explained as a flat geometric plane of the focused field, is a quality sought in true macro lenses. In a normal lens, the sharp area is most likely to be aimed at the center of the image, or is just sufficient. This problem becomes more pronounced when the aperture is fully open.

If the object we aim to shoot is not flat, the lack of sharpness on the edges is not very noticeable. Large depth of field compensates this situation significantly. However, when the depth of field is reduced to a millimeter level, or even much less, curvature occurs and it is undesirable in macro. Therefore, macro lenses are designed to form a flat field focused image.

It is the ability of our lens to show detail. As we push the lens further, we get a larger, closer-looking photo. But at some point we can’t get a better picture quality. Our lens can’t give us more details, the photo becomes blurry. Because the lens is not made to provide that magnification. We force the magnification with tools such as tube or bellows. I’ll talk about them later. In macro studies, we need to use the lens in the appropriate magnification range.

Note: Whether they are macro or not, most older lenses cannot meet the resolution requirement of new generation high-megapixel cameras. For example, when we use a 20 MP camera with a low resolution lens, we can’t actually get more details than a 5MP camera can provide. Although the image is 20 MP, it may not look sharp when looking at full size.

The resolution value is related to the glass quality of the lens. It is expressed in numerical values such as MFT, lpmm (line per millimeter). Macro lenses have very high values compared to other lenses. We can’t just say a good lens by looking at the resolution, but it’s an important parameter for a sharp image. It has a clue how much we can push the lens to a higher magnification and how much we can perform in the next generation of high-megapixel bodies.

We prefer a prime lens to take a macro photo. Macro lens manufacturers also prefer this way. Special lenses, such as the Canon MP-E 65, have complex structures because they allow a range of magnification. But we understand a 1:1 magnification prime lens when we call a true macro lens. For example, if you say “How do a 35mm 1:1 lens and a 180mm 1:1 lens give the same 1X magnification?”, the difference between them is the minimum focus distance. With the 180mm you can shoot a bee from a distance, but with 35mm you have to approach the bee to 10cm and you’re in danger of getting stung. On the other hand, although the bee has the same magnification in that 2 photos, the perspective and background view will be quite different. With the 35mm, background and the environment will be added to the photo and the 180mm will completely insulate the environment. In addition, lenses with small focal lengths can easily be forced into higher magnifications. This means that 2 lenses have different uses. If you are a macro-lover you’ll get both lenses. 🙂

Zoom lenses have complex designs and have more glass layers. Each additional glass reduces the resolution. So I don’t prefer the zoom lens in the macro. I don’t think you can get good results.

If you only have tele-zoom lenses and don’t want to buy a new lens, don’t get despaired immediately. You have the chance to get high magnifications with some support and good light usage. You can get good results though not perfect. There is a post on this subject I can suggest:

It says “macro” on it

Writing “macro” on the lens does not indicate that it is a macro lens. Some brands love to write “macro” on almost every lens. You can see zoom models like 70-200 macro, 28-300 macro, and prime models like 24mm macro. They usually have a magnification around 0.25X and are far from being a macro lens.

I’m not saying they’re a bad lenses, of course. But they are not suitable for the true macro, they will be incomparably weaker than a 1X macro lens. When buying a macro lens, don’t be fooled by the word “macro”, read the specifications and take a look at the sample images. 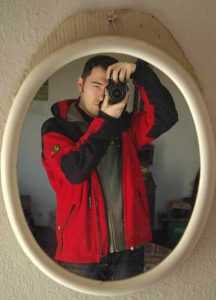